You are here: Home1 / Musician

Peter Roennfeldt has a reputation as an enterprising keyboard musician and ensemble director. His diverse performance projects are inspired by the repertoire and its context, both within the lives of its creators and its original performers. Of equal importance is the opportunity to share this interest with his artistic collaborators, whose unique contributions are invaluable in presenting convincing and appealing interpretations for an appreciative audience.

Through his chosen medium of the piano and other keyboard instruments, Peter is continually exploring lesser known music written either by familiar composers, or those who deserve wider recognition. Some specific repertoire items have been sourced from out-of-print editions or scores newly created by Peter based on original or facsimile manuscripts.

Expanding from his background within the established canon, Peter has pursued different niche interests which often result in thematic programs inspired by historical events. Examples include French baroque composers from the time of Louis XIV such as Marc-Antoine Charpentier and Michel-Richard de Lalande; the ‘Leipzig circle’ of Felix Mendelssohn, his sister Fanny Hensel, Robert and Clara Schumann and their Danish colleague Neils Gade; and music that was popular in early Queensland as performed at Old Government House and in South Brisbane, including locally created songs. In general, Peter has focussed on repertoire that is not regularly performed by others, a feature which is greatly appreciated by audiences.

Another key aspect of Peter’s performances is the link between places, pieces and people. He frequently presents concerts in heritage venues or with historic instruments, in many cases highlighting repertoire associated directly with them or similar examples. At times, the repertoire choices invite the creation of a linking narrative which is either articulated in a spoken commentary or through printed annotations.

The overriding aim is, however, to produce a unique live performance and an engaging  experience for listeners. 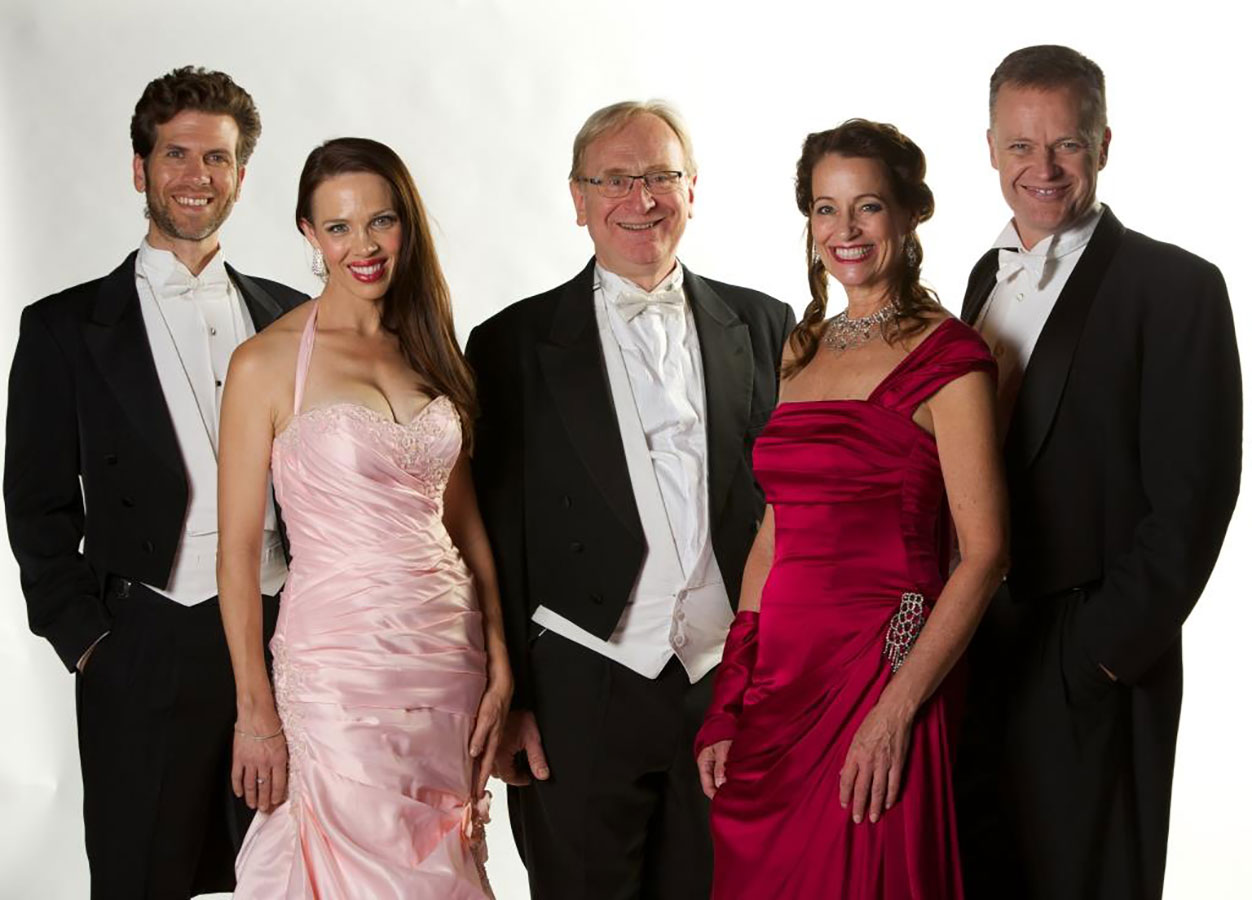 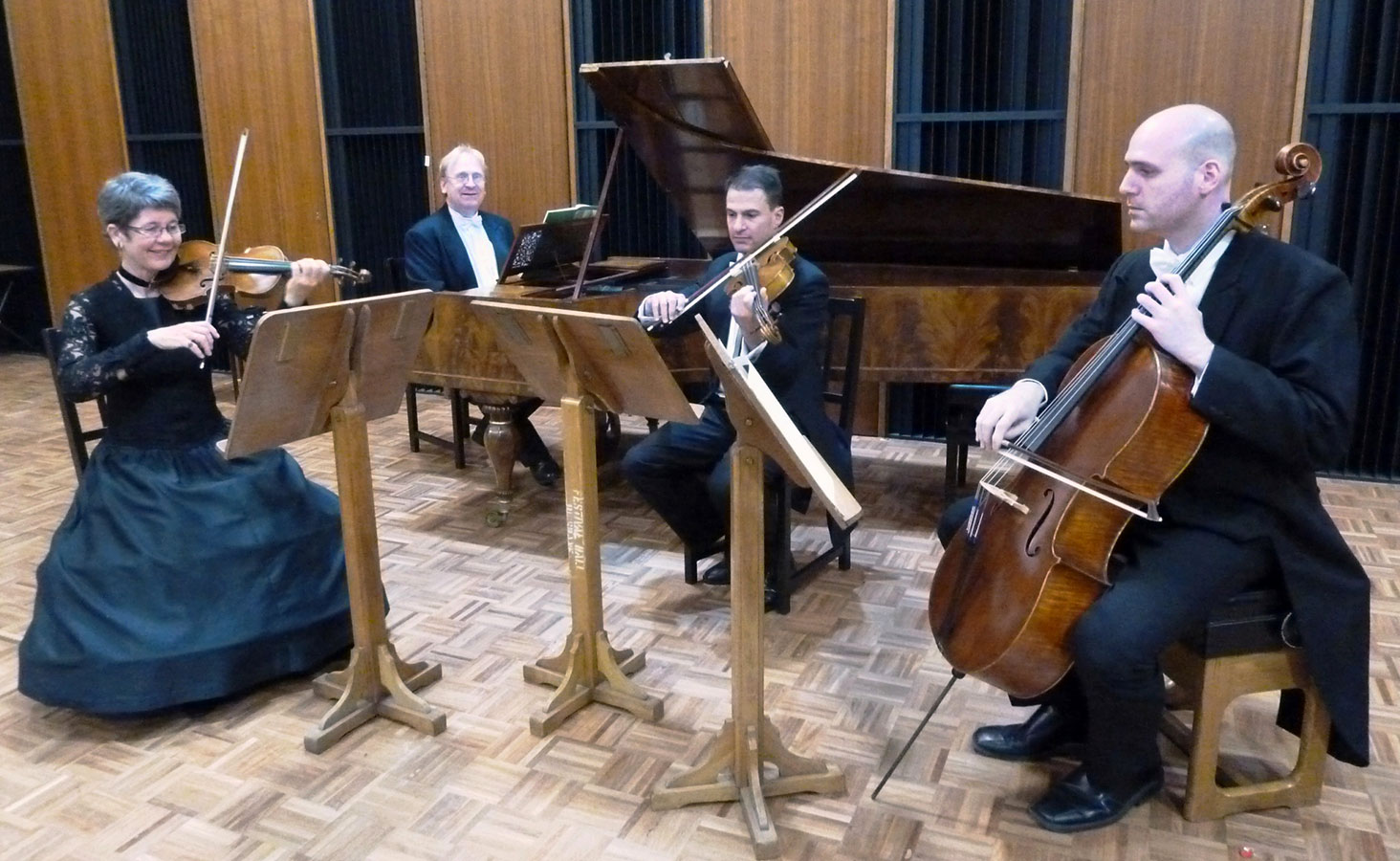 Formed in 2015, Soirées Musicales Quintette is an ensemble of classical singers who have worked together for many years in concerts, theatre and opera. While the name suggests ‘something French’, the term Soirées Musicales was used by nineteenth-century composers from other countries, notably Rossini, Clara Schumann and Anton Rubinstein, whose works featured in our programs. With Peter Roennfeldt as pianist-director, the ensemble also performs partsongs, duets, song cycles and piano solos by composers including Mendelssohn, Brahms, Herzogenberg and Massenet, as well as selected works by Haydn, Schubert, Loewe, Rheinberger, Fauré, Boulanger, Tchaikovsky, Arensky and Stanford. As distinct from choral and operatic genres, the vocal quartet medium brings together key aspects of the era including soloistic individuality, chamber music collaboration and a subtle blending of music and text. Program choices are also inspired by Queensland’s cultural heritage and the historic venues in which the ensemble regularly performs.

Peter Roennfeldt also performs at Queensland Conservatorium Griffith University, where he is Professor Emeritus. His chamber music recitals there feature Peter’s antique Streicher piano, built in Vienna in 1843, in collaboration with violinists Margaret Connolly and Wayne Brennan, violist Nicholas Tomkin and cellist Daniel Curro. Details of these and other upcoming performances will be made available in due course.

Songs and other music performed in South Brisbane from the 1880s to the 1950s
Soirées Musicales Quintette, The Chambers Somerville House, 3 & 5 September 2021

‘Mendelssohn, Brahms and the Streicher Piano’

‘Songs of Nature, Love and Mystery’