An inspiring musician and her legacy for Queensland

Henrietta née Percival (1842–1938), known in her adopted home of Brisbane firstly as Madame Mallalieu, and later Mrs Willmore, was one of Queensland’s greatest musicians.

A prolific performer as virtuoso pianist, chamber musician and organist, she was associated with the arrival of the Willis pipe organ which is now the cultural showpiece of Brisbane City Hall.

In recognition of her advocacy for women’s political and social rights, the Willmore Discussion Club was formed in her honour, while her wartime charitable work was recognised by the King of Belgium.

Henrietta’s legacy lived on, notably through her family’s bequest of their Toowong home as a music students’ hostel known as QCWA’s Mallalieu Home.

To purchase a copy of this book follow this link 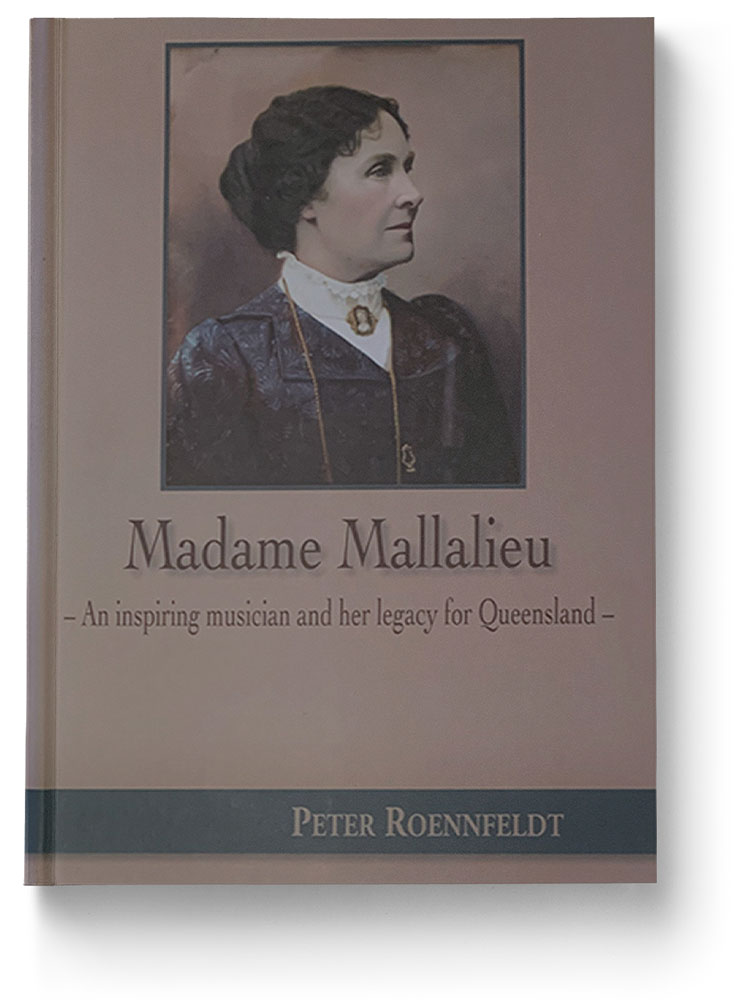 It all happened at Brisbane’s Albert Hall
Scroll to top